The first program of Voices of Youth has two films: the short city symphony A Morning in Taipei, newly scored by Lim Giong, and Mou Tun-fei’s feature debut I Didn’t Dare to Tell You. In his introduction, Dr Victor Fan from King’s College London places both films in Taiwanese cinema history. The short film was made by Pai Ching-jui (1931-1997), considered a founding father of Healthy Realism and modern cinema in Taiwan. He was also the mentor of Mou Tun-fei (1941-2019), who worked as an assistant-director for him.

Aided by a classmate, a pupil tries to find a way to help pay off the gambling debts of his father, a widower with health issues. At the same time, he also tries to keep his teacher satisfied, a young woman who has a relationship with an artist. This is Mou’s first film after graduating from Taiwan Art College. After its completion, I Didn’t Dare to Tell You only had a few private screenings. One reel of the original 35mm copy has been lost, and this only available complete copy has an ending imposed by government censors.

As dawn gradually breaks, we see the neon lights of the city being swallowed by the morning light. We traverse parks, churches, markets, factories, and follow the morning paper on its way to the breakfast table of a small white-collar family. The silent film has been scored by Lim Giong, singer, musician and film composer (Millennium Mambo, A Touch of Sin).

The online event Voices of Youth. Unseen Taiwanese films of the 1960s took place from 15th-21st of April 2021

For this event we had additional support from

If you want to stay up to date about the festival, program and our events you can follow us on Facebook or subscribe to our newsletter. 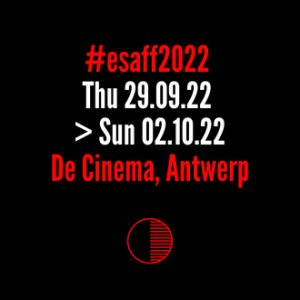